For helping the region’s competitiveness in Business and Technology Capabilities

City of Bacolod Negros Oriental – DynaQuest Technology Services Incorporated (DQTSI) was awarded a Certificate of Appreciation and Recognition in helping the region’s Information Technology (IT) and business competitiveness.

The certification was presented and given by the honorable, Evelio R. Leonardia, Mayor of Bacolod City and his office.

In 2018, the city of Bacolod was listed at number 89 in the Tholons Services Globalization Index (TSGI) rankings. From the previous ranking of 97th in the 2017 Tholons ranking, Bacolod jumped to eight spots in the world’s top 100 cities for global business services.

The certificate given to DynaQuest was also in recognition to the company’s cooperation and collaboration with the Bacolod-Negros Occidental Federation for Information and Communications Technology (BNEFIT) and their programs for introducing technological innovation and further enhancing the region’s IT capabilities. 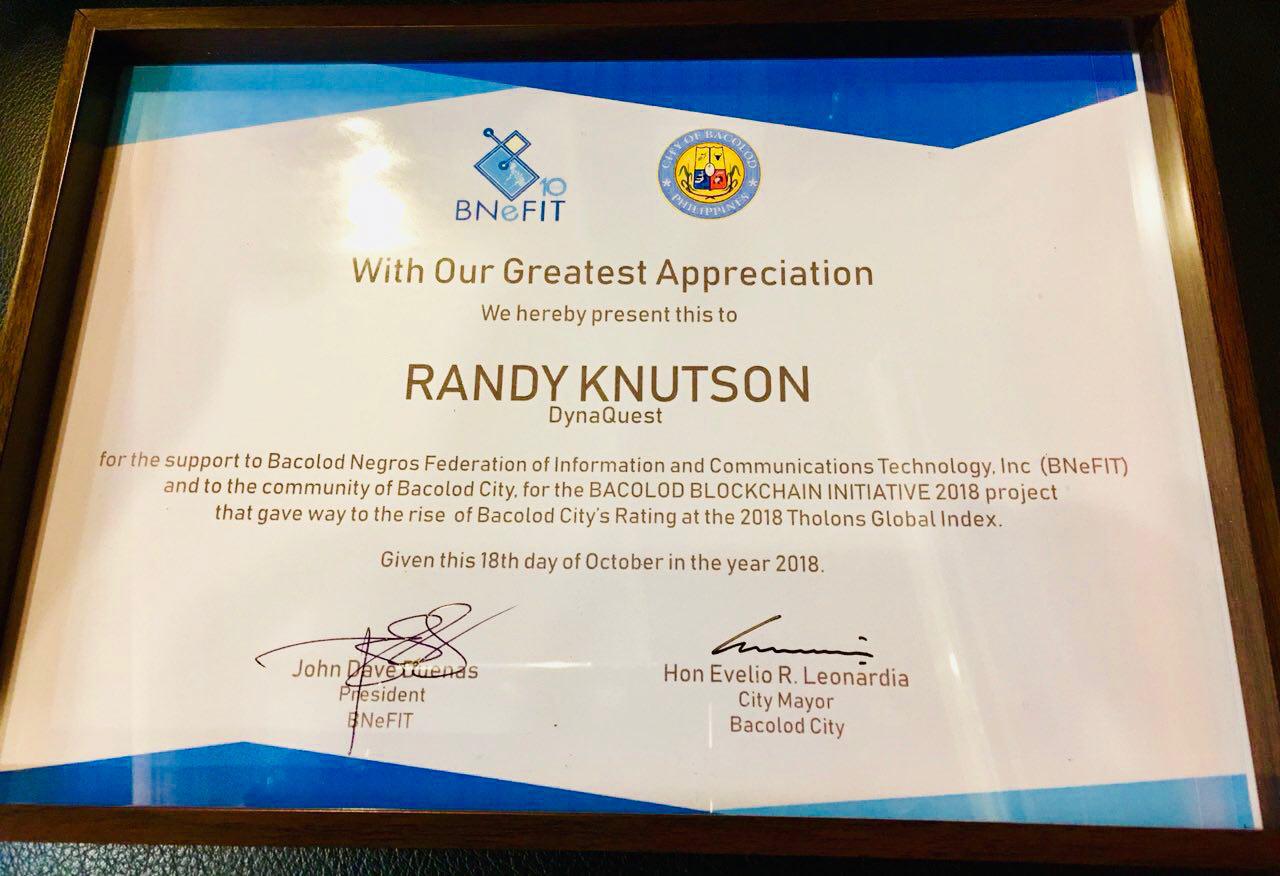 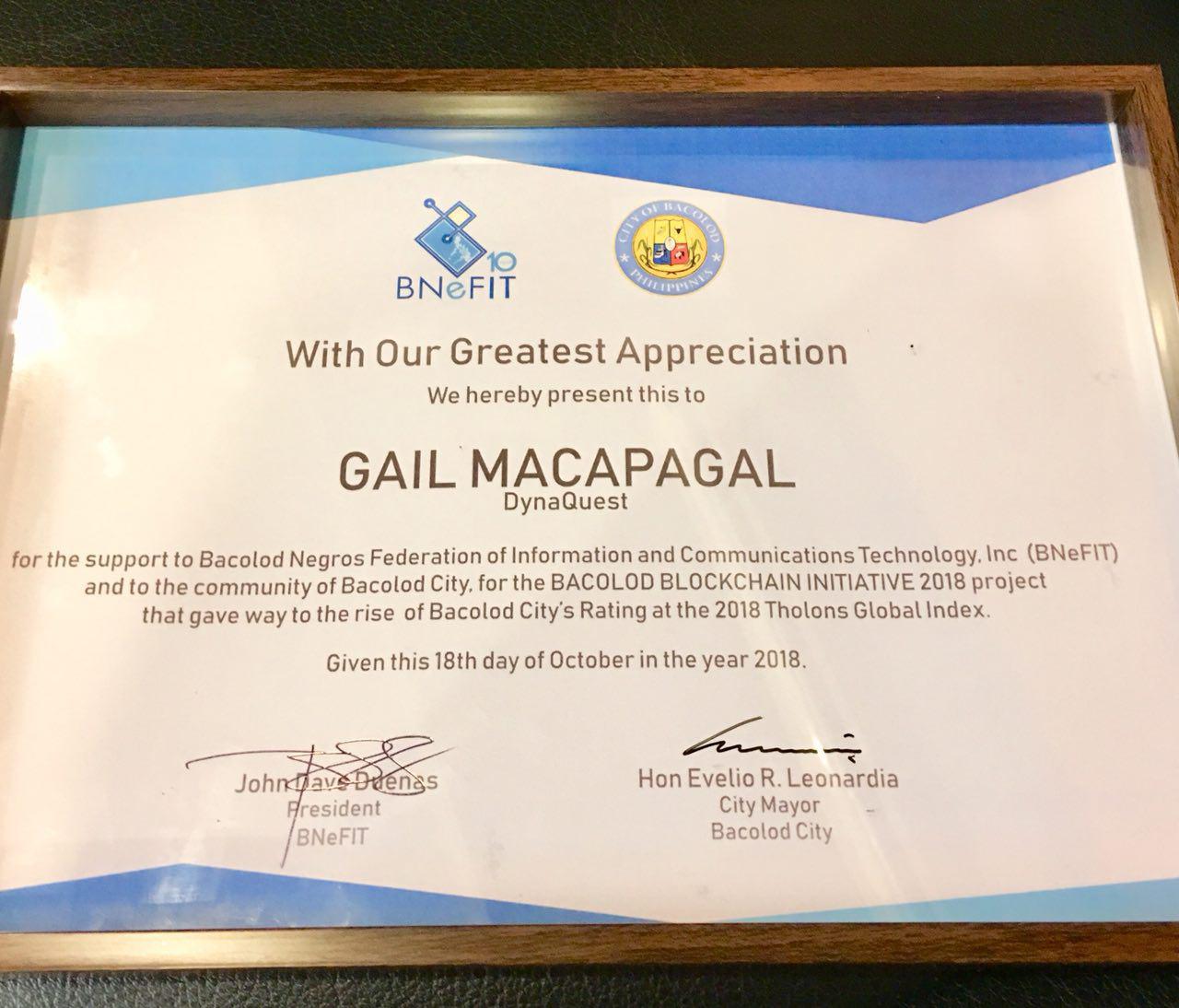 “This is a result of our strong government-academe and industry collaboration, constant engagement with schools and talent development stakeholders, and grit and determination to continuously challenge and redesign our own strategies to adapt to the requirements of global digital services,” said Jocelle Batapa-Sigue, the executive director of BNEFIT as quoted by SunStar Bacolod Newspaper.

“This feat is also because of the support of the community and key public and private organizations and institutions especially our growing startup and digital workers community.”

Tholons International, is a globally recognized leader in global outsourcing location rankings and its annual 100 cities for global services rankings recognizes the initiatives and programs taken by key cities in raising their business competitiveness in terms of hosting BPO, improving technology and initiating innovations.

Among the criteria that Tholons include in formulating the rankings are: an open innovation ecosystem, number of startups in a city, startup diversity and maturity, policies and incentives on innovation, uniqueness, cyber security, global digital competitiveness, and digital literacy rates.

The Philippines also regained its second spot from last year after falling behind third after India and China as second and first placers respectively. 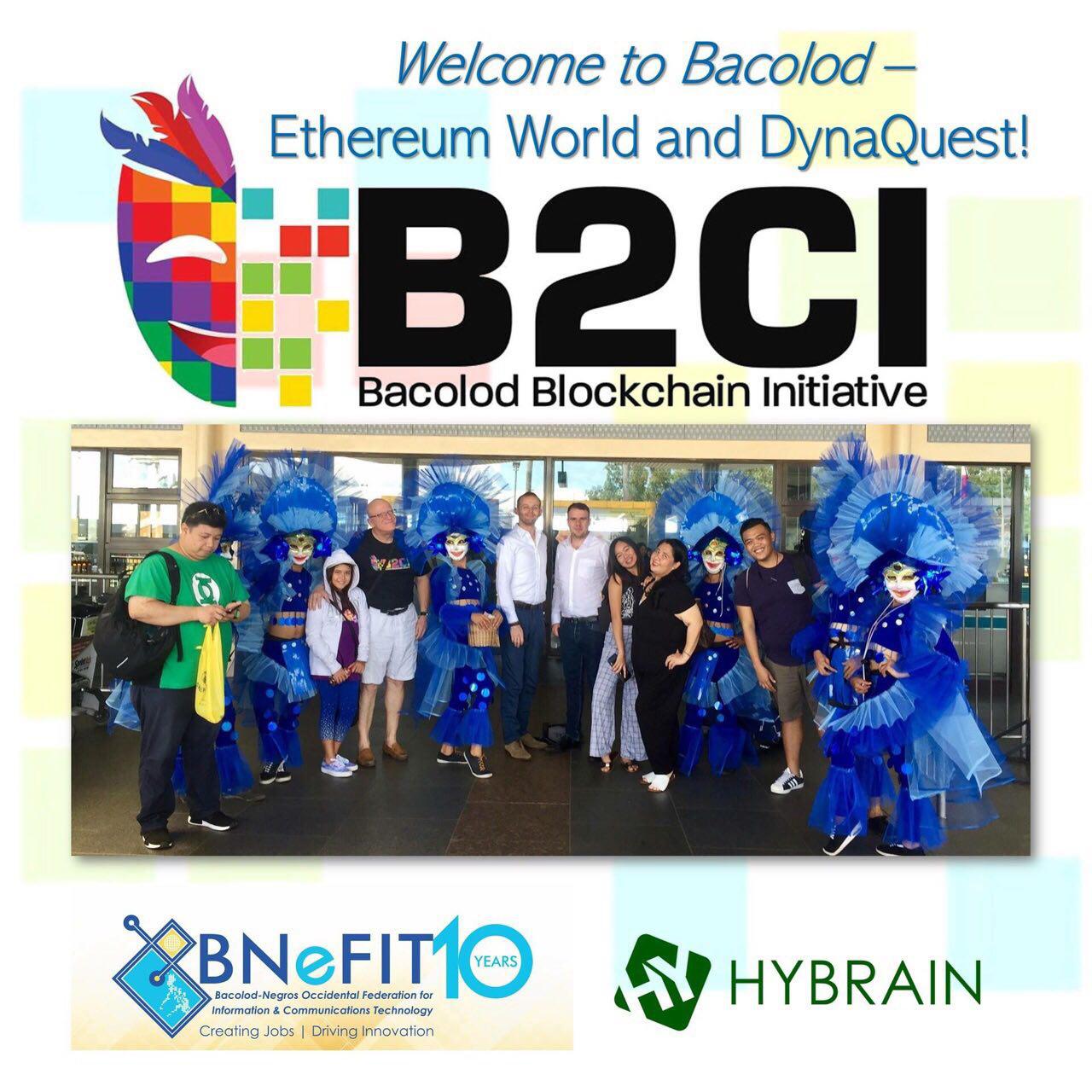 DynaQuest has been in collaboration with BNEFIT for a number of years and last year, the city of Bacolod witness its first Blockchain Workshop and Seminar with the establishment of the Bacolod Blockchain Initiative (B2CI), an organization comprised of IT & Business organizations that are working together in a coalition in bringing Blockchain in Bacolod’s business, BPO, curriculums, healthcare and local government. 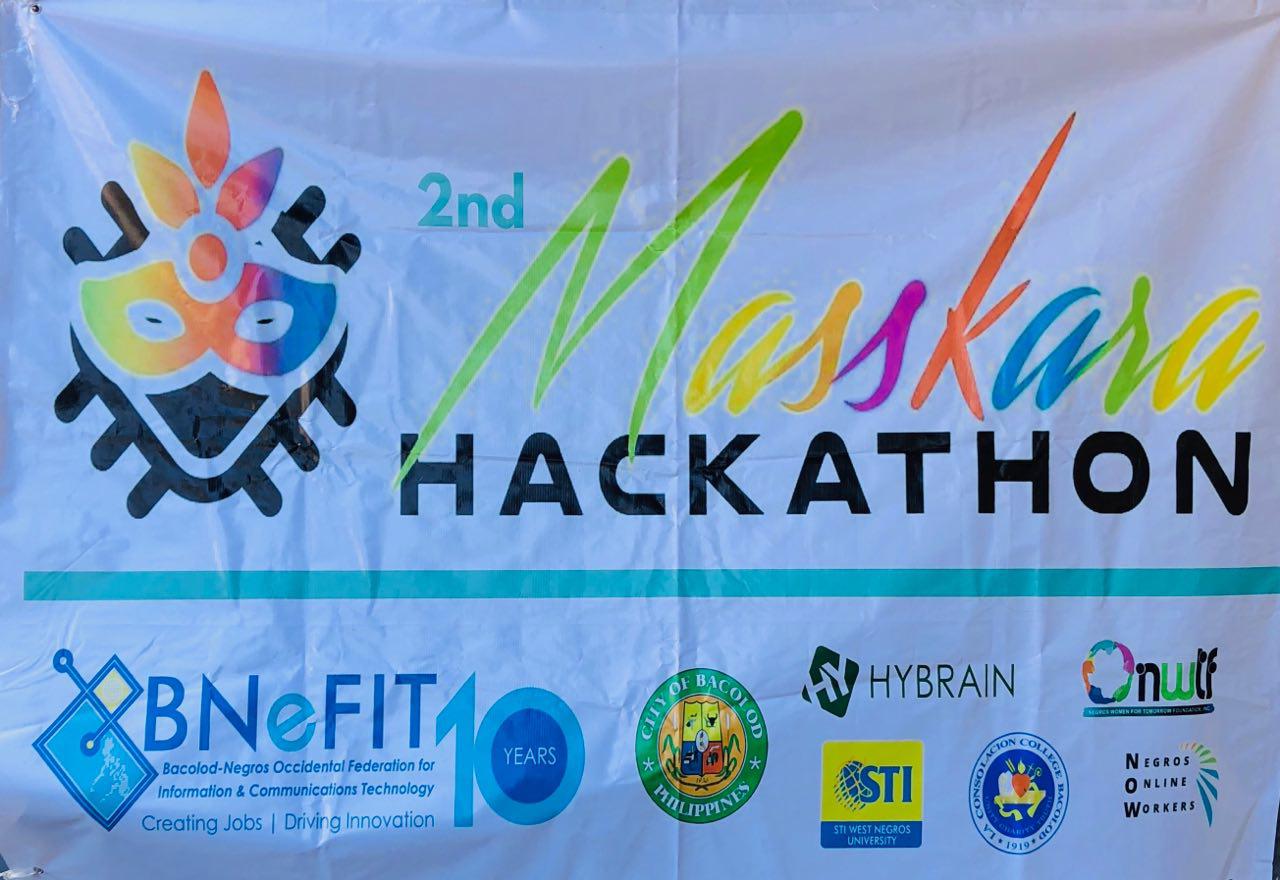 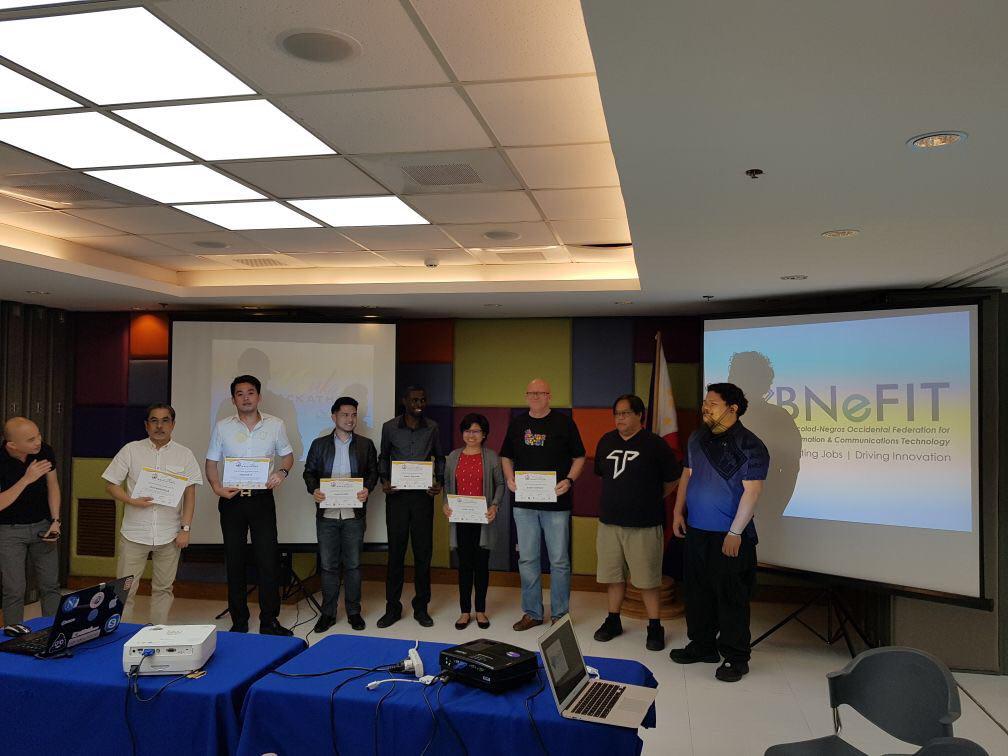 In the Masskara Festival last year, the city of Bacolod held its first Hackathon known as “Masskara Hackathon” under BNEFIT and its tech partners. DynaQuest CEO Randy Knutson was among the panel of judges in evaluation of the participating teams’ hackathon outputs.

“We are honored by the recognition given by Bacolod, and we as a company, are looking forward to future projects in collaboration with the city and its tech partners,” said Randy.